The Village Without Memory

In France, a home for people with dementia is designed from the ground up.

On a 12-acre plot of wooded land in the southwest of France, a multimillion-dollar experiment broke ground in May. The facility looks like a small town, with a grocery store, hair salon and restaurant. But unlike other communities nearby, all of the inhabitants here will have diseases that affect the memory.

Inspired by a similar project in the Netherlands, the village, which will cost patients about $27,000 annually, is designed to provide residents with more autonomy. “The focus is on creating a space where patients can continue living their best lives,” says François Lacoste, the director of partnerships at the Landes district council, which heads up the project.

On the surface, it will resemble a medieval “bastide,” a fortified town layout common to the area. But dozens of innovations will keep the 120 residents from becoming lost or confused. The shops do not accept money, for instance, and each neighborhood is distinctly color-coded.

Several studies, overseen by neurologists from the nearby University of Bordeaux, will measure the effect of such living on a number of metrics. Lacoste hopes that this project sparks others that can help the French population of Alzheimer’s patients, which grows by more than 200,000 new cases each year. 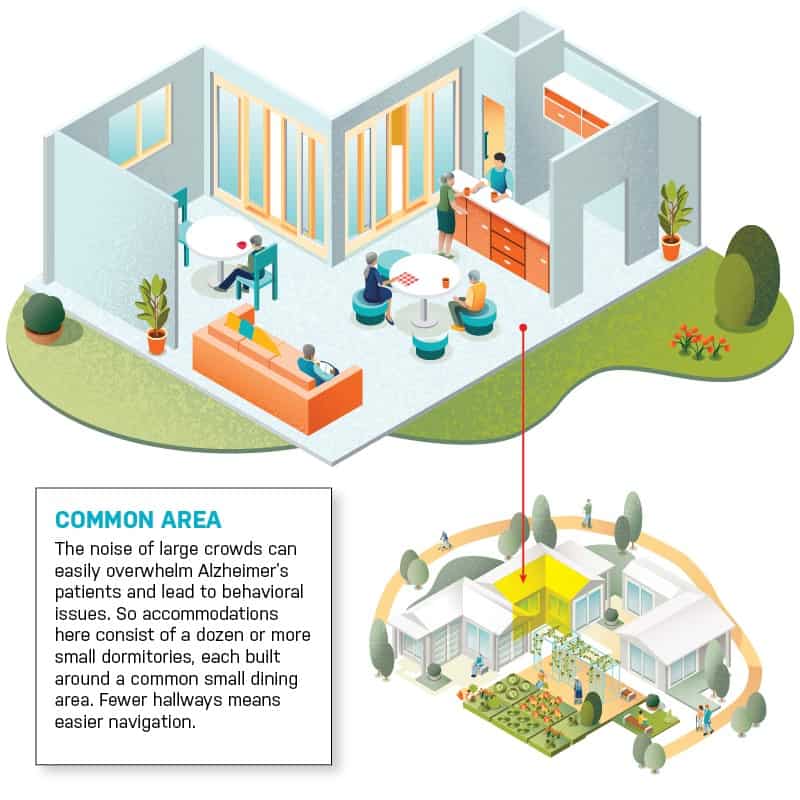 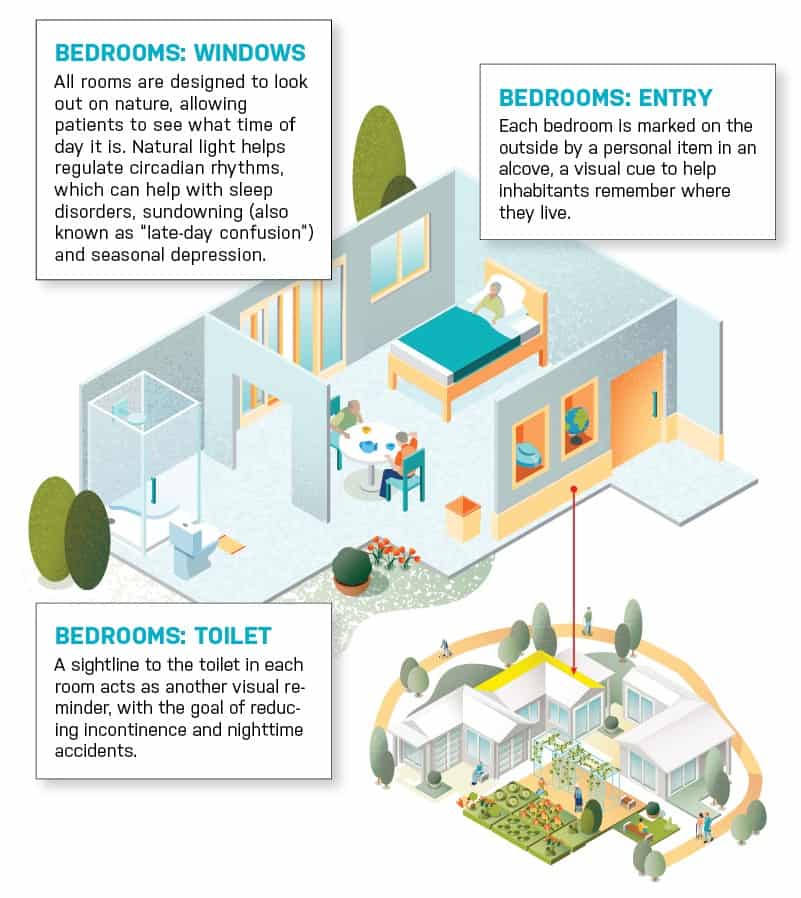 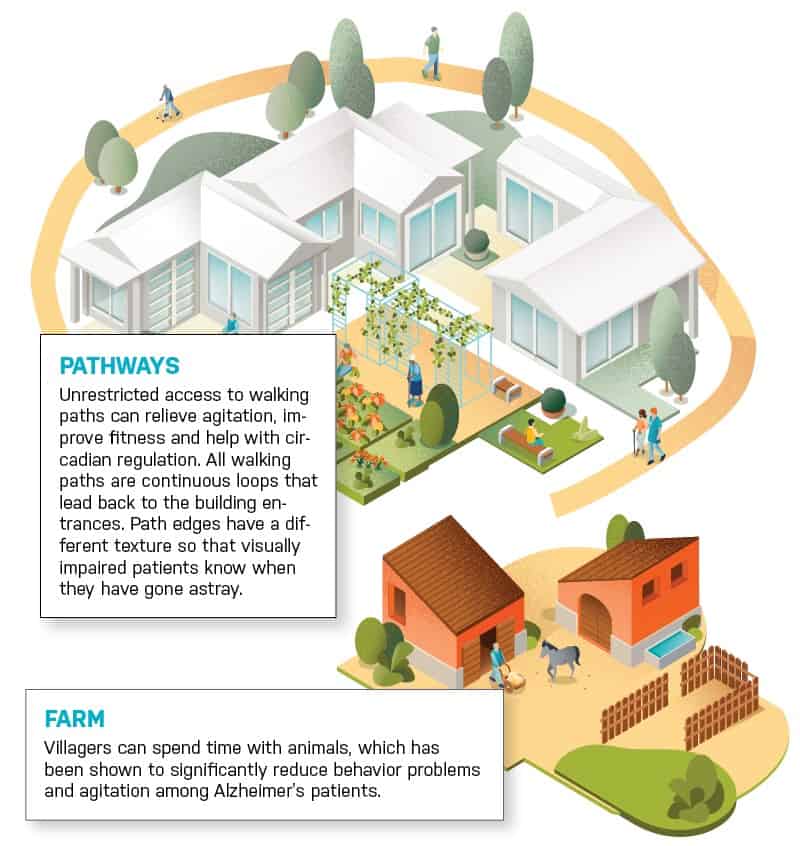