What the Pill Sees

A new micro-imaging “pill” lets doctors peer inside the esophagus and beyond.

SINCE THE DAWN OF DOCTORING, one puzzle has been a constant: how to get a good look at a patient’s insides without disrupting their outsides. The latest technological advance comes via in vivo microscopy, which provides real time, detailed imagery inside the body.

Guillermo Tearney, a researcher at Massachusetts General Hospital, has been a pioneer in this new field. His lab was the first to perform in vivo imaging of coronary arteries and the gastrointestinal tract using high-resolution optical coherence tomography (OCT). Most recently, Tearney’s lab has developed tethered capsule endomicroscopy (TCE), which uses a pill-sized, light-based imaging device attached to a thin tether. Swallowed by the patient, the capsule takes continuous images as it goes down throat and into the digestive tract.

After imaging, the tether retrieves the capsule and the data is turned into a detailed 3D rendering, which can help diagnose Barrett’s esophagus (a condition that can lead to esophageal cancer), stomach cancer and even celiac disease. “There is so much that is now possible that we previously couldn’t imagine, because we can look at cells and architecture inside the human body, ” says Tearney. “We have opened up a whole new class of diagnosis.” 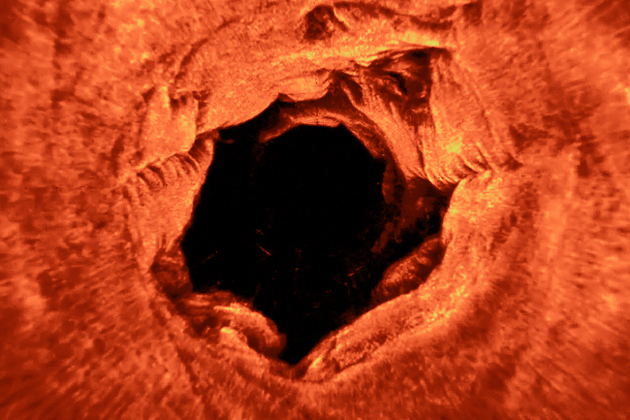 To diagnose esophageal cancer, physicians normally take a random tissue sample (or biopsy) and analyze it under a microscope. But sometimes, while the tissue removed for analysis may be healthy, a cancerous region can be overlooked.

“With the whole organ microscopy techniques, we can do away with the concept of the random biopsy in medicine,” Tearney says. “We can now image the whole esophagus at the microscopic scale, find exactly where the cancer is and take it out.” 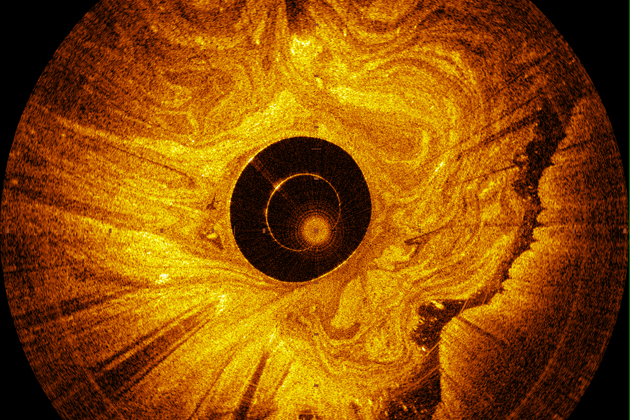 Traditional biopsies are also very expensive, and a significant number of patients with conditions such as Barrett’s esophagus can go undiagnosed. TCE screening is a much less invasive procedure than endoscopy and can be far more cost-effective.

The Tearney lab has also applied its OCT technology to several other in vivo imaging devices, including a micro-catheter that cardiologists can use to probe coronary arteries and identify plaques that could cause heart attacks. The physicians then use the detailed renderings of the inside of the arteries to insert stents that widen the arteries where plaques have developed. 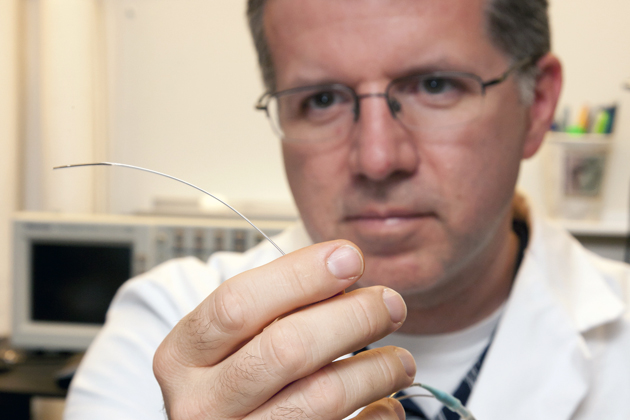 Burnout, the pandemic and other pressures have sent record numbers of health care workers rushing for the exits. What would make them stay?