Human joints wear out, and often replacements do too. Now innovative designs are improving longevity and function.

A REVERSE TACTIC
Tears in the rotator cuff—the muscles that stabilize the shoulder joint—are a common side effect of arthritis. Conventional replacement of the shoulder’s ball and socket can ease pain, but most patients remain unable to lift their arms above the horizontal. Without the cuff to resist the upward pull of the deltoid (the thick muscle that forms the contour of the shoulder), the ball of the shoulder shifts upward and out of the socket rather than rotating within it.

A technique the FDA approved in 2004 solves that problem by placing a metal ball where the socket normally sits and implanting a plastic socket at the top of the humerus. The implants replace worn surfaces, easing arthritis pain and providing a fixed fulcrum that allows the use of the functional deltoid muscle instead of the torn rotator cuff to lift the arm. Many patients enjoy a greatly improved range of motion—but at higher risk of complications than with conventional surgery. 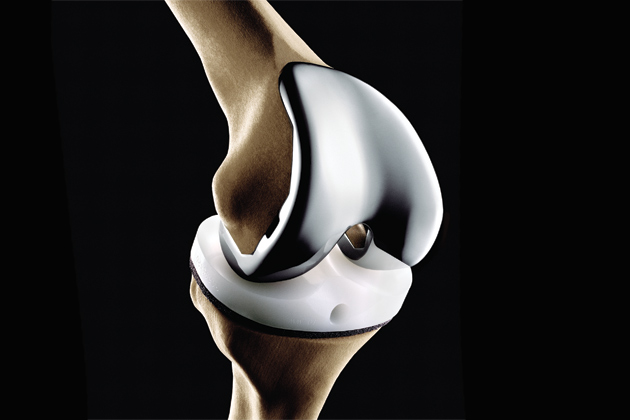 A FEMALE FIT
The usual knee implant, which comes in a broad range of sizes, is androgynous, based on an average of the measurements of male and female knees. But one company has designed a knee with three characteristically feminine features: The part that caps the femur is thinner; the knee is angled to align with a femur that points slightly outward (as a woman’s wider pelvis demands); and the implant is contoured to match the narrower anatomy of a woman’s knee.

The knee’s maker claims that these distinctions reduce pain and allow for more natural movement. The contoured shape keeps the implant from hanging over the bone and potentially damaging surrounding ligaments and tendons.

Direct-to-consumer marketing may have won over patients—of 500,000 this year, as many as 24,000 may seek a gender-specific knee, and at least two other companies now offer a similar replacement. Some surgeons are not convinced, arguing that knee-replacement surgery is already very successful and that there is no clinical evidence that gender-specific knees are an improvement. Yet others contend that any improvement in fit, however small, makes such a model worth using—and patients, overall, have been happy with them. Meanwhile, a gender-specific hip will soon hit the market. Its maker says it will accommodate women’s shorter femur heads and the less uniform shape of the femur canal. 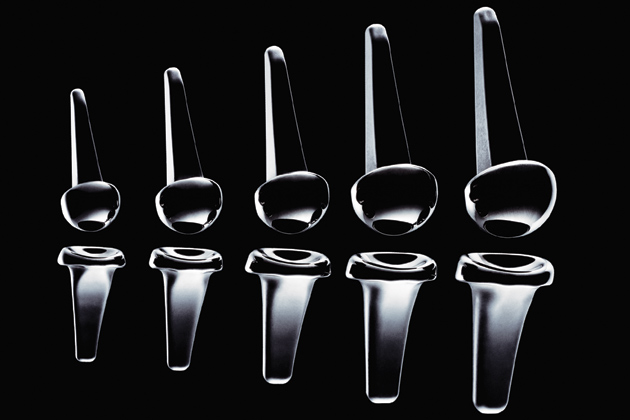 A NIMBLER KNUCKLE
These pieces, when paired, form a sleek facsimile of the main knuckle (the metacarpophalangeal joint), which is often gnarled by arthritis. Made of pyrolytic carbon, the same ultra-durable material used in heart valves and nuclear reactor fuel, the prosthesis has an elasticity similar to bone. This is an important feature: If the prosthesis is too soft, like polyethylene, bone might deform it; if it’s too hard, like zircon titanium, it might wear down the bone.

This knuckle is just one example of more than 30 models that have emerged since the metallic hinge—the first finger joint replacement—which was so simple that it was supposedly designed on a cocktail napkin. The best surgical candidate has only one or two severely arthritic digits. (Too much surgery on one hand can lead to exponential complications.) Yet even one fewer painful joint can provide immeasurable relief—and so be it if, as some patients have reported, the new one squeaks. 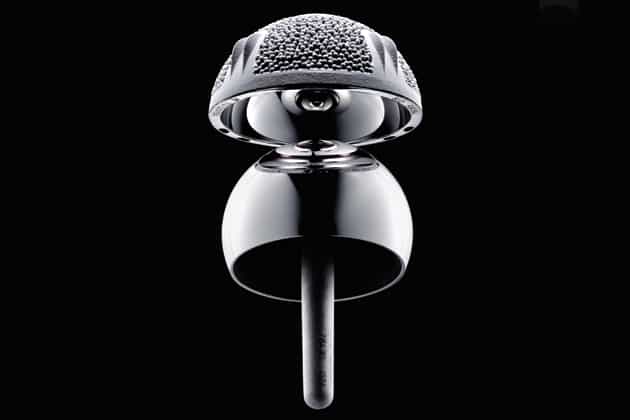 A CLOSER SHAVE
It used to be that the only surgical option for hip repair was to fuse the femur and pelvis, which impaired the patient’s gait. When total hip replacement came along in the early 1960s, it was lauded as the century’s greatest achievement in orthopedic surgery. The procedure now restores mobility to more than 200,000 patients each year.

But even this advance has had serious limitations: During surgery, the entire head and neck of the femur are replaced, and because the life expectancy of an implant rarely surpasses 20 years, younger patients may eventually need to endure replacement of the replacement. This is both complicated and risky, because little bone remains within which to anchor a new implant.

Now there’s hip resurfacing: Surgeons shift the patient’s femur out of the socket, shave six to eight millimeters off the top and a few off the sides, and apply a smooth cobalt chrome cap. Though the procedure requires a larger incision and the detachment of more soft tissue than does traditional hip replacement, it has the key advantage of preserving more bone. So in the event that an implant wears out, revision surgery will be much easier, at least in theory.