Crystal in the Sky

The best place to observe the building blocks of the human body might be in outer space.

PROTEINS ARE LARGE, COMPLEX MOLECULES THAT CARRY OUT MOST OF THE ODD JOBS around the human body. Antibodies fight off foreign viruses and bacteria, and hormones transmit signals between organs and tissues. Enzymes facilitate chemical reactions in cells, and hemoglobin carries oxygen around the body. All of these are among the 100,000 types of proteins that busily keep humans alive.

But drawing a picture of any single protein is no easy task. Proteins can be made from as many as 20 types of amino acids, and these combine into chains that are hundreds or thousands of units long, folding and twisting into exquisite tangles. It’s extremely difficult to observe the structure of a protein directly, even through an electron microscope, because the structures are so small. 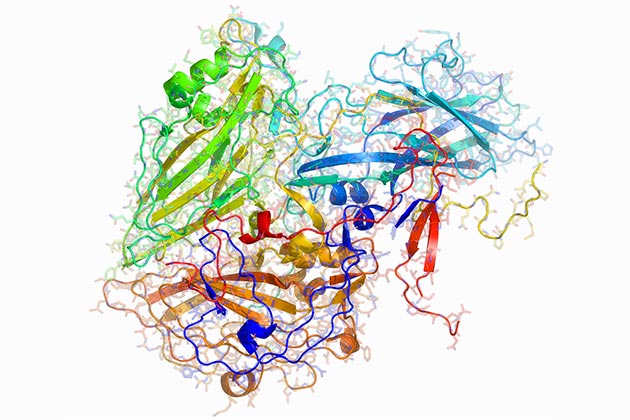 The most common method for deciphering a protein is through X-ray crystallography—essentially coaxing a protein into crystal form and then bombarding it with X-rays. By mapping where those X-rays land and measuring the intensity of their reflections, researchers can tease out the shape of the protein through mathematical calculations known as Fourier transforms.

But some proteins—including some of the most medically important ones—just don’t form the kind of high-quality crystals needed to get a clear picture through crystallography. So researchers have turned to growing them in microgravity, conducting their experiments beyond Earth’s atmosphere. That has paid off in larger, more perfect crystals.

Microgravity helps reduce two of the main things that can interfere with crystal growth. The first is sedimentation, or the tendency of suspended solids to drop and cluster at the bottom of a liquid. The second is buoyancy-driven convection, which causes some fluids to have motion in the presence of gravity.

Scientists first looked at space labs for crystallography in 1981, and they have conducted experiments aboard research rockets, the Space Shuttle and, more recently, the International Space Station. In Space Shuttle experiments, about 40% of the crystals were of better quality than those grown on Earth. 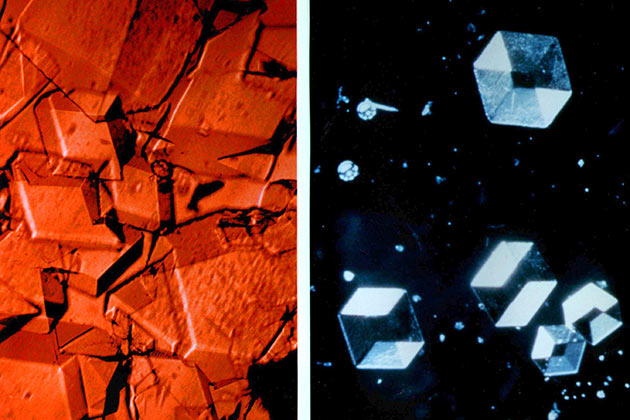 Larger crystals are required for neutron diffraction, a method of crystallography that yields a more detailed picture of protein structure and function. But more important, microgravity may open the door to forming critical protein crystals that never formed on Earth.

Membrane proteins sit on the surface of cells and serve as gateways, allowing nutrients to enter and waste products to leave, as well as mediating cell communication. Most drugs make use of small molecules to carry out their therapeutic effects, and more than half of those molecules target membrane proteins. But membrane proteins are flexible and unstable, making them notoriously difficult to turn into crystals. Since the first three-dimensional structure of a membrane protein was determined in 1985, only about 540 unique structures have been solved.

In 2014, researchers from the University of Alabama at Birmingham sent up experiments to grow membrane proteins involved in cystic fibrosis. This spring, Eli Lilly and Company sent up an experiment designed to grow a membrane protein in space. Results of these are still being evaluated, and additional experiments are now under way. 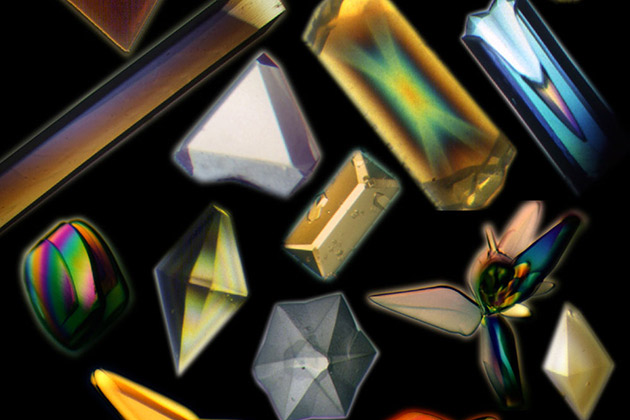 The resurgence in microgravity crystal research has also been helped in the United States by the launch of space vehicles by SpaceX, Orbital ATK and other private companies. But much of the research is being done on shared resources. Joseph Ng, a structural biologist at the University of Alabama in Huntsville, recently published results of an experiment begun in 2014 on the International Space Station. The unusually large crystals helped his team determine the structure of inorganic pyrophosphatase, an enzyme critical to the design of antibiotics. Researchers in other countries are also making progress using these shared resources. Japanese scientists have used crystals grown in space to determine the structure of proteins related to a type of muscular dystrophy, which helped them develop a powerful inhibitor.

Although it could be some time before the bulk of this research starts to help patients on Earth, Ng is optimistic. “A lot of good fundamental science has come out of microgravity research so far,” he says. “Now we’re at the point where we can finally start making use of it.”