The Legacy of Ward 4

Illustrations by COURTESY OF MGH

MGH’s clinical research center, opened in 1925, created a model for the NIH to open similar facilities across the country.

BY THE TIME MERCHANT MARINE CAPTAIN CHARLES MARTELL checked into Massachusetts General Hospital 85 years ago, his strapping 6’1″ frame had shrunk to a frail 5’6″. Plagued by pain in his legs, neck and back, and by what appeared to be a fine white gravel in his urine, Martell was placed on Ward 4, a facility focused primarily on metabolic and endocrine research, which had opened just a year earlier, in 1925.

As with all patients on the 10-bed ward, a dedicated staff of doctors, nurses, dietitians and chemists carefully analyzed samples of Martell’s blood, as well as all he ate and excreted. That methodical approach to patient care was new. Doctors making “scientific observations upon patients in a hospital is a product largely of the present century,” former MGH chief of medicine James Howard Means wrote in his 1958 book, Ward 4. No longer were physicians merely treating symptoms; they were researching the underlying causes too. In fact, MGH created Ward 4 so that breakthroughs would follow if a “brilliant investigator is given an opportunity to go whither his scientific imagination and acumen lead him,” Means wrote.

An earlier discovery on the ward helped doctors diagnose Martell’s malady. In his research on lead poisoning, Ward 4 co-founder Joseph Aub found that the parathyroid hormone could extract lead that had been absorbed into bone, but that too much of the hormone would strip away so much calcium that a patient’s blood calcium level became too high. That was the case with Martell, so his doctors inferred that an excess of parathyroid hormone had eroded his bones, causing him to shrink. 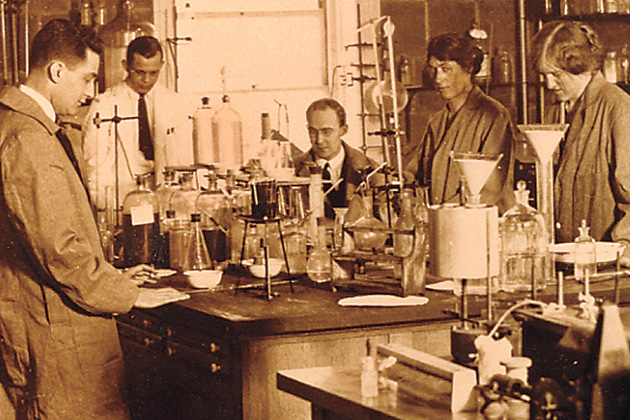 A surgeon operated in search of a tumor that might be causing the captain’s parathyroid glands to be overactive, but none was found. Martell left MGH later that year, but his condition continued to deteriorate, and he returned in 1932, when more surgeries still revealed no tumor. Finally, during the seventh surgery, a tumor was discovered deep in Martell’s chest. Six weeks later, complications from a subsequent surgery for a kidney stone caused by his poor calcium metabolism claimed his life. But with knowledge gained from treating Martell, MGH surgeons removed eight more tumors like the captain’s from other patients by the end of 1932.

Over the decades, Ward 4—now called the Mallinckrodt General Clinical Research Center—was so productive that the National Institutes of Health used it as a model to create clinical research centers throughout the country. Though diagnostic tools have changed greatly since Martell’s day, “the things concluded in Ward 4 in those days have stood the test of time,” says John Potts, former chief of MGH’s Department of Medicine. “Researchers were breaking new ground in defining disease mechanisms.”