The Brain at Work

What do London cabbies have in common with musicians and mathematicians?

IN 1965, WHEN THE AMERICAN NEUROSCIENTIST PAUL BACH-Y-RITA LEARNED the results of his father Pedro’s brain autopsy, an important suspicion was confirmed: The brain stem, damaged by a stroke seven years before, had never regenerated. Considering Pedro’s remarkable recovery—less than a decade after being paralyzed, he was climbing a mountain when he had a fatal heart attack—Paul concluded the brain had rewired itself.

His finding ran counter to the widely held belief that neural architecture in the adult brain is fixed. To further challenge conventional wisdom, Bach-y-Rita began a series of experiments using several bizarre devices. In one experiment, congenitally blind people sat in a chair covered with hundreds of sensors that vibrated in response to electrical signals from a camera recording an image. With practice, the subjects became adept at “seeing” what the camera recorded. The results of the experiments, Bach-y-Rita asserted, demonstrated the brain’s ability to reorganize in response to stimuli.

Now, with the development of imaging techniques that measure the concentration of gray matter, scientists are finding out how highly skilled individuals—mathematicians, musicians and certain cabdrivers—have remodeled their brains through training that may ultimately benefit us all.

“Knowing how the brain changes when a healthy person becomes very good at a motor skill will likely provide insight for rehabilitation treatments,” says John Krakauer, co-director of the Motor Performance Laboratory at Columbia University’s Neurological Institute. Here’s why the mental habits of such accomplished people may be worth understanding. 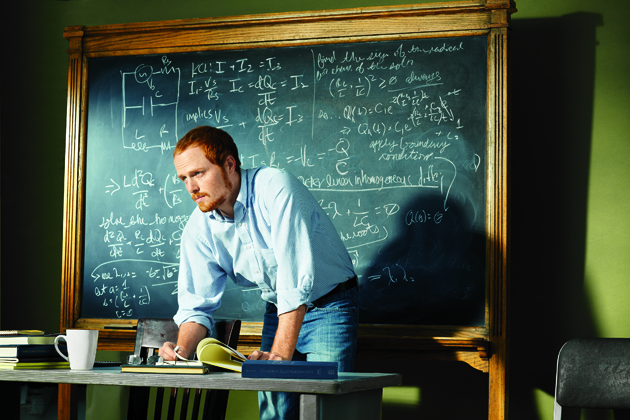 THE WAY THEY FIGURE

When scientists examined Albert Einstein’s preserved brain in 1999, they found that the parietal lobes—where the brain processes visuospatial information—were 15% wider than average and contained an unusual pattern of grooves. That Einstein should have more surface area in this part of his brain isn’t surprising given that, by the physicist’s own admission, he relied more on images than on verbal processes in his mathematical thinking.

Kubilay Aydin, a professor of radiology at Istanbul University’s medical school, set out to discover whether other, less illustrious mathematicians might also have brains reshaped by years of performing mathematical calculations. He recruited 26 Turkish mathematics academicians who had no musical training (to eliminate any confounding brain changes caused by playing an instrument), as well as a control group of nonmusical professors of medicine and philosophy presumed to be of similar intelligence to the mathematicians.

Previous brain studies have shown that mental arithmetic calculations involve language and visuospatial components. Exact arithmetic calculations recruit neural networks that generate associations between words, and occur in the left inferior frontal gyrus, which includes Broca’s area; calculations that involve approximations and comparisons of numbers use visuospatial processes in the bilateral parietal regions. All the mathematicians had more gray matter in the areas of the brain associated with math processing, whereas none of the controls did. There is little doubt, Aydin says, that “innovative treatments for several neurological disorders will emerge once scientists fully understand these mechanisms.”

To secure a chair in a symphony orchestra, a musician must display not only extraordinary musical talent but also proficiency in sight-reading. It’s not easy: Musicians must employ superb spatial ability to interpret patterns of grouped notes on a stave and the intervals between them with the correct phrasing and expression.

Research has shown that Broca’s area—the section of the frontal lobe that programs muscular contractions necessary for speech—is active when musicians read a score they’ve already seen but have not memorized. “Orchestral musicians are extremely good at correcting for slight errors in intonation during a performance,” says Vanessa Sluming, a neuroscientist at the University of Liverpool’s School of Health Sciences. “This is a complex skill of auditory motor feedback that is comparable to how people correct errors in their speech.” Music and spoken language share other features, such as a written form, a rapid sequence of muscular activity and an expressive output. Upon imaging the brains of 26 members of the Royal Liverpool Philharmonic Orchestra, who ranged in age from 26 to 66, Sluming found they had significantly more gray matter in the Broca’s area than did controls. For the first time, scientists saw how extensive score-reading alters the part of the brain once thought to control only spoken language.

This research may provide clues to helping people who have lost language after a stroke. Intrigued by the progress that stroke patients make in regaining language when their therapy involves singing, Sluming plans to compare the brains of people who receive musical interventions with those who receive conventional therapy. 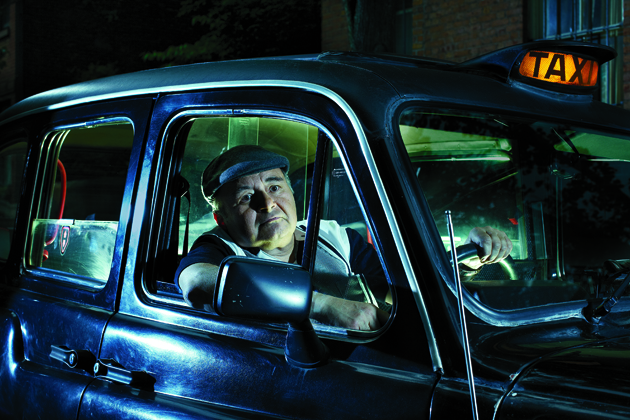 The London cabbie whisking passengers from Piccadilly Circus to Fleet Street has acquired more than The Knowledge—an incredibly complex mental map of the city’s streets. A section of his hippocampus contains significantly more gray matter than does that of his passengers, says Eleanor A. Maguire, professor of cognitive neuroscience at University College London, who has studied her city’s taxi drivers for several years.

The hippocampus is the seat of spatial processing, memory and planning for the future. London taxi drivers, thanks to their superb navigational ability, have more gray matter volume in their posterior hippocampus (the spatial processing center) than controls, including London bus drivers.

But the cabbies’ expertise comes at a price. The taxi drivers performed worse on tests that measured memory of new information than did controls—possibly because their anterior hippocampus (which is linked to that function) had less gray matter than that of other people. “The overall volume of gray matter in the hippocampus of taxi drivers is exactly the same as that of controls, but it’s distributed differently,” Maguire explains. “There’s finite space in the skull, so as one bit of the brain gets bigger, it makes sense that another might get smaller to compensate.

Yet once the cabdrivers retired, their hippocampus began to return to normal. That the brain can remodel itself not only when knowledge is acquired but also when the information is no longer used “may have relevance for helping design better rehabilitation programs for cognitive impairments and improving memory in the elderly,” Maguire says.