The teaching cadaver is as old as the study of medicine. Is there a better alternative?

It is a rite of passage for many medical students—meeting and dissecting their first cadaver. In many ways, this is their first patient. Students encounter, for the first time, the human body in its marvelous complexity: muscles, ligaments and organs, exposed on the examining table. They are responsible for this patient, and learn it intimately.

Medical students often form bonds with their cadavers, borne from a sense of respect for those who have willed their bodies to the education of young doctors. Claire Hartung, a second year medical student at the University of Rochester, expresses gratitude for Helen, the 89-year-old home health aide who died from complications of Alzheimer’s, and now serves as her teaching cadaver. “I can’t talk to her, but I know a lot about her by seeing what her body looks like.”

But the experience of human dissection is also, of necessity, uncanny. This will be the first time that many students have encountered a dead human. It proves to be a breaking point for some would-be physicians, an ordeal of confronting death that not every would-be doctor can stomach. Driven by these concerns and others, training programs in the United Kingdom, Australia and elsewhere have abandoned teaching with cadavers in favor of a variety of increasingly accurate, realistic, interactive and reusable anatomical models. These models, part of a tradition that stretches back to the wax anatomical models of the 17th century, have been brought into the 21st century through modern synthetics, digital simulations and virtual reality. 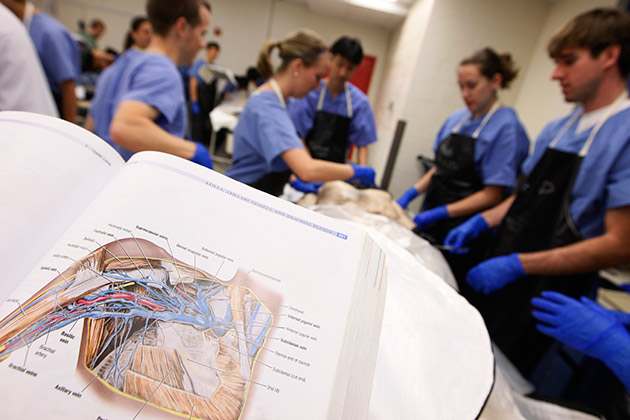 Others argue that the hands-on experience that comes with dissecting a cadaver is irreplaceable. “There is no true alternative,” says Brian McKinney, director of the Health Sciences Anatomical Gift Program at Tufts University, who helps the medical program acquire and preserve its cadavers. “We all have slight anatomical differences, and there’s nothing that can show that better than actual cadaveric material. Just because the textbook describes a body in one way doesn’t mean it’s necessarily that way for everyone.” A recent study backs up this view, finding that students in a semester-long anatomy course with cadavers were better able to identify and explain the function of organs than their peers trained with models.

Cadavers do present challenges. Medical students in history have had few reliable means of preserving a cadaver. (Some smoked to hide the unpleasant odor.) Today, well-ventilated facilities can help students deal with the smell of the body, formaldehyde and other chemicals used to preserve the tissue for a semester (the period over which a teaching cadaver is generally used). Cadavers can also pose a health risk, if the deceased contains infective pathogens. While it is illegal to pay for human remains, cadavers are nonetheless expensive, because institutions must work with outside providers and pay costs related to the cadaver’s preservation and care.

A scarcity of cadavers has also been a perennial refrain. Religion and social status precluded many from ending up on an exam table after death, and the most common cadavers available to medical institutions in the past were executed criminals or the indigent. The shortage led to grave robbing, which became so common that even the body of U.S. Senator John Scott Harrison was stolen in 1878 less than 24 hours after burial, despite being interred in a coffin encased in cement and bricks in order to keep grave robbers out. (His relatives later found Harrison’s body at Ohio Medical School in Cincinnati.) In Scotland, the infamous murderers William Burke and William Hare killed 16 people in 1828, many of them tenants at Burke’s lodging-house, and sold their corpses to anatomy labs.

Today, a small group of students typically share a cadaver to cut down on costs. In the past dissections could be a more public affair. In 1594, the first permanent anatomical amphitheater was built at the University of Padua in Italy, where students could watch a physician dissect a cadaver from encircling bleachers. Though it would earn a stern reprimand today, it was not uncommon for medical students in the 19th and early 20th century to take photos with their cadavers.

Claire Hartung sees her work with a cadaver as a turning point in her medical career. She and her classmates first encountered their cadavers’ backs, to make the experience easier to process. But the humanity of the cadavers quickly came to the fore. One of the cadavers had nail polish on her fingernails. Faces kept traces of the emotions they had held in life. “This is a regular person. She painted her nails, she went about her life,” Hartung says. “And here she is helping us become better doctors.” 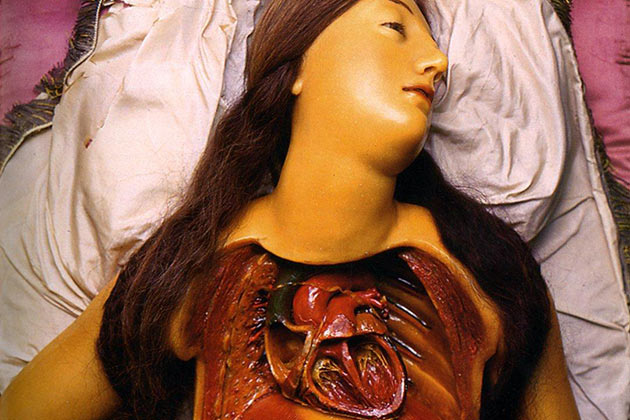 In the late 17th century, anatomically accurate wax models emerged as teaching tools. Those made in Italy, often female and comely, became known as Venuses in reference to the marble sculpture Venus de Medici. These figures were put together like jigsaw puzzles with a ventral body wall and interior organs that could be removed, sometimes including a womb with a fetus inside. English models were more realistic. Today, plastic models, sometimes with removable organs, can be used to train students in anatomical fundamentals. Three-dimensional printed models have entered the field, too. 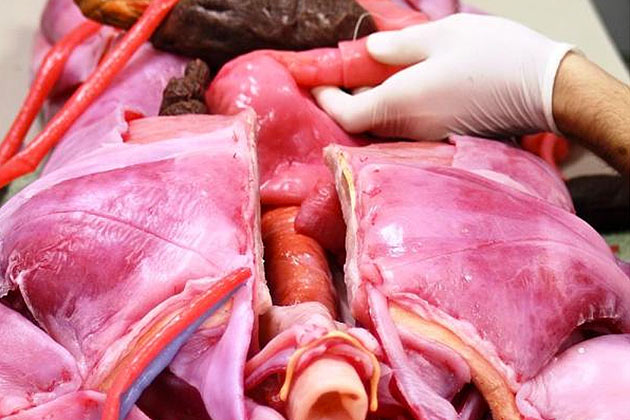 Increasingly lifelike simulation mannequins offer medical students an opportunity to train on models that exhibit symptoms. The iStan, for example, can play the role of a knocked-out football player or simulate massive bleeding.  But perhaps no model is as realistic as the SynDaver, a life-size anatomically correct cadaver with a functioning circulatory and respiratory system that is intended to be used as a surgical training platform in the place of live humans—it even has a liver that can produce bile, and its blood pressure can be adjusted using an app. Designed as a stand-in for a human or animal, the SynDaver’s tissues exhibit the toughness and texture of real human tissue, giving students a realistic experience when handling or cutting the SynDaver. And cutting is encouraged—the SynDaver bleeds, and individual organs are replaceable. 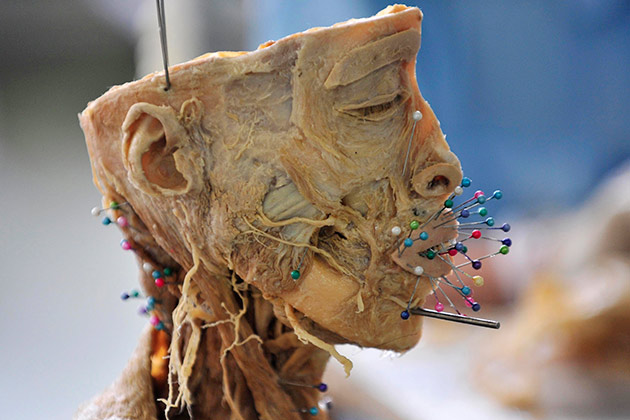 Plastination was made famous by the travelling Body Worlds exhibit, which showcased human and animal cadavers frozen in motion to highlight the inner workings of the body. The process of plastination removes water and fats from organs and replaces them with polymers to stop decomposition. The resulting product is a hard, durable and odorless organ that can last many years and be used to teach anatomy. Halfway between a cadaver and a model, plastinated bodies provide the intricate detail of a real cadaver without the dissection experience.

In 1989, the National Library of Medicine (NLM) undertook an unprecedented endeavor: to produce MRI and CT scans of the human body at millimeter-level intervals (axial MRI images were only produced of the head and neck). The project produced images of a man first and then a woman, with even smaller axial intervals of the head and neck—the Visible Human Female data set consists of 5,189 anatomical images and contains 40 gigabytes of data compared to the Visible Human Male’s 1,871 images and 15 gigabytes. Collectively, the images produced by the Visible Human Project created the first 3D rendering of an actual human.

The images serve as an educational tool and reference materials, and have been utilized by nearly 2,000 licensees in 48 countries across a variety of industries. Today, life-size digital dissection tables bring images like those produced by the Visible Human Project to life, creating a dissection experience that allows students to study anatomy from any angle and to isolate organs and organ groupings. An added bonus for digital cadavers—an errant cut can be remedied with a quick “undo.” 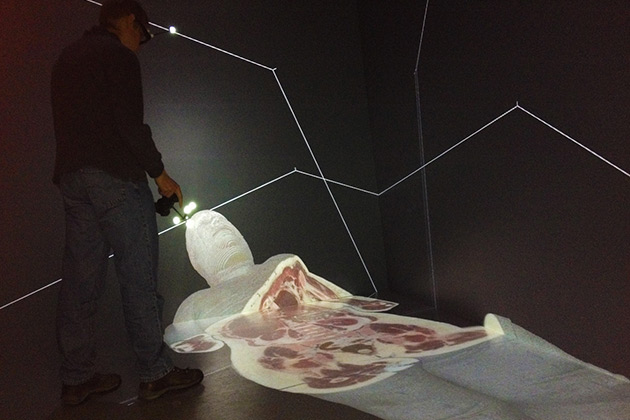