Borrowing from the Best

What can hospitals learn from Toyota and other industry icons? Four paradigm-shifting strategies that improve efficiency and care.

FOR MOST HOSPITAL ADMINISTRATORS AND PHYSICIANS, good medicine almost always trumps good management. And if that means that too many health organizations are still wed to paper records, that patients are treated brusquely and that an overnight hospital stay is hellish—well, when lives are at stake, smooth-as-butter operations and you’re-the-boss customer service sometimes have to go by the boards.

Increasingly, though, medical consumers seem weary of those tradeoffs. They value medical excellence—in fact, they want to measure it, clamoring for report cards for doctors and hospitals. But now patients expect effective management too. And health care providers, facing ever more scrutiny, need to deliver top-notch service and care in equal measures. Trouble is, most don’t know how.

As a start, maybe they can borrow from the best. A growing cadre of hospitals and medical groups, thinking outside the box of their own walls, have been adopting and adapting other organizations’ management concepts. That has helped streamline operations, improve patient safety and satisfaction, and cut millions from the groups’ budgets. New York–Presbyterian Hospital, for example, has trained more than 200 doctors, nurses and administrators in Motorola’s pioneering Six Sigma management system. Today these “black belts” do nothing but look for ways to make the hospital run better—and they’ve saved an estimated $65 million in the bargain.

Whether they are studying Toyota’s assembly line, the Navy’s submarines or Filene’s mystery shoppers, medical organizations are finding inspiration that helps bridge the gap between medicine and management. Hospitals and doctor groups may owe it to their patients to borrow often and well.

TOYOTA
Although assembly-line medicine was hardly the goal at Virginia Mason Medical Center, the Seattle hospital admired the efficiency of Toyota, which uses these customized kits of car parts, one per vehicle, to make sure everything is at hand so assembly workers can focus on quality. Virginia Mason sent physicians and administrators to Japan for a crash course in the Toyota Production System, also known as lean manufacturing, which was developed after WWII to eliminate mistakes, reduce waste and empower frontline staff to institute improvements. On the production line, the hospital staff learned how to deconstruct every job into specific tasks, determine the most efficient way to complete each one and, finally, redesign the process so that each step could be reproduced by whoever was doing the job.

Consider the hospital’s new Center for Hyperbaric Medicine. Before construction began on the building that was to house the center, the staff broke down each step of the treatment—from registering incoming patients to evaluating the results—into individual tasks and set quality-control targets for everything: how quickly charts were processed; whether supplies were where they were needed when they were needed; even how far technicians would have to walk between treatment areas. By mapping out a new system for moving patients through the center, managers discovered that a new building was unnecessary because there was enough space in the existing facility. That cut about $2 million in construction costs, and greater efficiencies meant more patients could be treated simultaneously, increasing revenue and eliminating patient waiting time. And with the hyperbaric center inside the hospital instead of in a remote building, there’s no need to transport patients—a change that meant another $55,000 in annual savings. 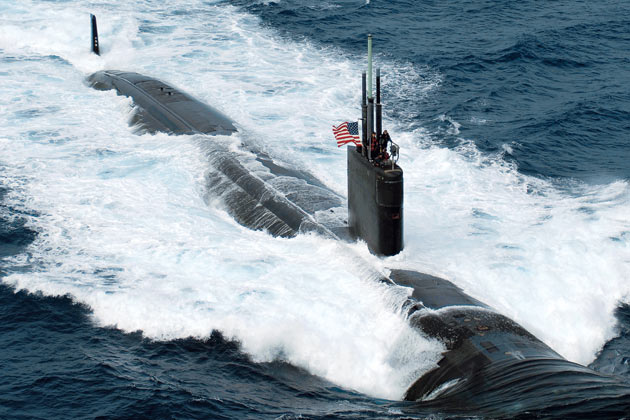 U.S. NAVY
When a Navy submariner sees something unusual on the sonar screen, there’s no time for lengthy debate about whether it’s cause for alarm. The captain needs an immediate, unemotional status report on the facts. The same is true when a patient comes into an emergency room and in many other medical situations. Time is of the essence, and so is a concise assessment of the circumstances.

For Doug Bonacum, who joined Kaiser Permanente as vice president of safety management after eight years’ service in the U.S. Navy submarine force, these issues hit home at a conference on perinatal safety. Nurses were complaining that when they thought a labor wasn’t progressing as it should, their concerns were often ignored by physicians. Meanwhile, doctors were frustrated because they felt that the nurses didn’t express themselves quickly and clearly. So Bonacum, with colleagues Michael Leonard and Suzanne Graham, developed SBAR—situation, background, assessment and recommendation—a protocol modeled on what Bonacum had learned during his years in the service.

The process begins with a brief summary of the current situation, followed by a succinct background on the patient, a clear assessment of what the reporting staffer believes is going on with the patient, and a recommendation of what should happen next. That provides a framework for focused interaction that gives all members of the medical team precisely the information they need to proceed with care. Today, Kaiser uses SBAR on everything from shift changes for nurses at the hospital—to ensure that all nurses coming on duty are up to speed on every patient in their charge—to managing critical events in the emergency room. 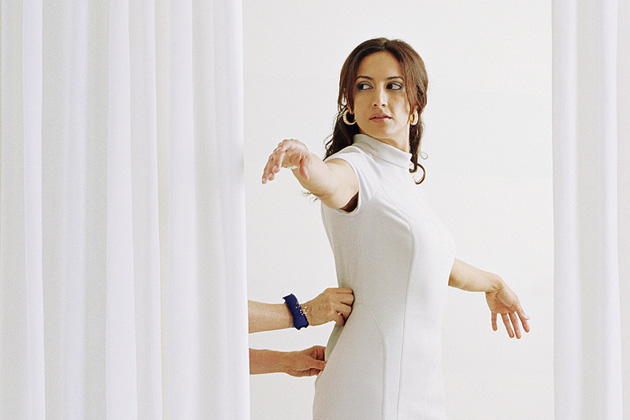 FILENE’S
Salespeople in high-end retail stores never know whether the customer they’re helping is genuine or a “mystery shopper” hired to report on the store experience from the other side of the counter. This time-honored tactic accentuates the obvious—that in retail, the customer is king, and ensuring that he or she is helped by polite, responsive salespeople is a prerequisite for success.
In medical settings, “customer” service often gets short shrift as physicians focus more on healing than on courtesy. But the goals needn’t be mutually exclusive, and to have it both ways, executives at Fallon Clinic in Worcester, Mass., recruited Linda Adkins, former director of customer service for retailer Filene’s (now Macy’s).

Adkins’s approach borrows such retail techniques as the mystery shopper—though not by filling the clinic with ersatz patients. Instead, the “shoppers” are actual patients who are shadowed from the moment they walk through the doors by clipboard-wielding clinic employees. Each interaction, even in the examination room, is assessed, and before patients leave they fill out a comprehensive survey with questions on everything from the ease of getting an appointment to their feelings about the overall experience. Results are shared with employees to inform them of what works and what doesn’t—for example, a physician who spent more time looking at his computer than making eye contact with his patient, or a nurse who failed to knock on the exam room door before entering. Adkins’s own performance will be graded according to scores on a patient-satisfaction survey mailed out each quarter. Those numbers are starting to climb, Adkins says, although it will take time to plot significant trends. 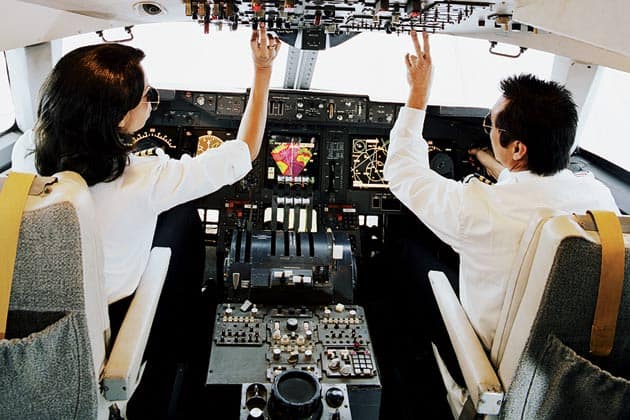 LIFEWINGS
Some people would call it overcommunication. Every time a pilot and co-pilot enter a cockpit, they go through the exact same checklist. The pilot says, “Flaps,” and checks the flaps. The co-pilot checks and answers, “Flaps.” Then the pilot rechecks the flaps. And so on down the list. It is up to each team member, not just the captain, to monitor the systems and immediately report if something doesn’t seem right. This concept of team responsibility is one reason airlines have one of the best safety records of any industry.

During surgery, however, team members all too often defer to the surgeon without expressing their concerns, and the results can be disastrous. So the University of California, San Diego Medical Center has hired LifeWings Partners, founded by a former U.S. Navy flight instructor, two physicians who are former astronauts, and a commercial pilot, to teach its surgical staff to interact as pilots do.

The rigorous training instills a “stop the line” culture, so that during an operation, anyone has not only the power but also the responsibility to halt the procedure if something is amiss. And now, before an operation, each surgical team goes through a checklist similar to a preflight one to make sure all systems are working. Once the LifeWings program is off the ground at UCSD, the university will roll it out at its four other medical centers.